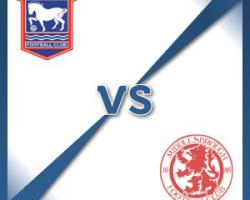 Ipswich V Middlesbrough - view commentary, squad, and statistics of the game live.Woodgate in Boro frameJonathan Woodgate could return to the Middlesbrough squad for the trip to Ipswich.The 34-year-old former England international has made only one senior appearance to date this season - in the Capital One Cup first round victory over Oldham on August 12 - because of a recurring hamstring problem, but he is back in full training and available for selection.Fellow defender Rhys Williams is also training again after completing his rehabilitation for an Achilles injury, but the game at Portman Road will come too soon for him.Striker Lee Tomlin has shaken off the minor niggle which kept him out of last weekend's 2-0 victory over Derby but full-back Ryan Fredericks is still out with a thigh problem.Ipswich could have Stephen Hunt back after the midfielder was laid low by illness

Luke Hyam is still struggling with an Achilles injury, though, which has forced him to miss the last four games