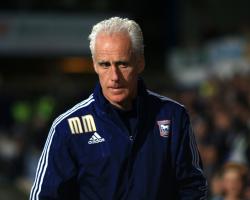 Dozzell headed in Liam Feeney's cross in Ipswich's 1-1 draw at Sheffield Wednesday and manager Mick McCarthy plans to start him at Portman Road.

His father Jason Dozzell made an instant impact when - at the age of 16 years and 57 days - he scored on his Ipswich debut against Coventry in February 1984, becoming the youngest player to score in the Football League's old First Division.

"He's had to have an operation to wipe the smile off his face and to get the coat hanger out of his mouth," McCarthy said on greenun24.co.uk.

He's great, he's enjoyed it and I don't see any difference in him.